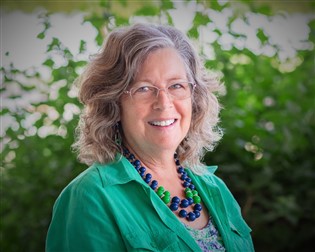 After our 21 year old son died by suicide in 2011, my husband and I became actively involved in suicide prevention. Determined to increase awareness and prevent other families from suffering the loss of a child, we got involved with the American Foundation for Suicide Prevention, AFSP.

We learned a lot about prevention and advocated for legislation supporting suicide prevention both locally and in Washington, DC. We have provided training to school personnel and community groups on youth suicide prevention all over the state. We noticed that many educators wanted more resources to help them create their own prevention plans. So I put everything we’ve learned into a handbook for schools. As a former educator, now an author, I hope this book will help others involved in suicide prevention provide support to schools. 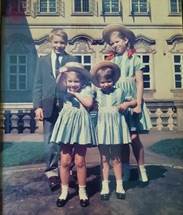 I grew up in a Foreign Service family, the middle daughter of a career diplomat. It is thanks to my father’s career as a diplomat in the foreign service that my siblings and I were immersed in the cultures of each country we lived in while growing up. We were fluent in French and German, learned to appreciate the literature, art, music, history of different countries, and got to know people of all races, colors, and nationalities. My mother taught us compassion for others.

Although I attended schools in several different countries, our family home was in Great Falls, Virginia. I graduated from Virginia Commonwealth University, not far from home. I started out as a psychology major, but eventually earned a BS in Elementary Education. 15 years later, I earned my M.Ed. in School Administration from the University of Massachusetts, Amherst.

While thinking about what I should share about myself with you, I realized how much my father, Jonathan Dean, influenced the choices I've made along the way.

After retiring from the State Department, he started a second career as an advocate for world peace. He worked well into his 80's, traveling the world to speak about how governments and NGOs could work toward peace. During that time, he worked for the Union of Concerned Scientists in Washington as a political scientist. He also helped found an organization called Global Action to Prevent War. He published 4 books and was working on a fifth, The End of Wars, when he died.

That brings me to the reason I started writing professionally. Following in my father's footsteps, I have always felt an obligation to make a difference in the world. To do that, I believe that if I share what I have learned with others, I can help save lives.

Back in the early '80s, a friend set me up on a blind date with her ex-husband. I married him a year later, and we recently celebrated our 35th anniversary. We had two beautiful, brilliant children, a girl and a boy.

My first career was as an educator. A classroom teacher for 20 years, I taught every grade from KG through 8th grade at least once.  I eventually became an elementary school principal, and later a district-level administrator. I loved going to school every morning and enjoyed working with children and teachers.

My second career is linked to a project my husband and I have been working on for way more than 10 years. We lived in the suburbs of Phoenix, Arizona for a long time, but wanted to have a little more space. So we bought some land in a rural area about 75 miles away from our suburban home.

We decided to build a solar-efficient adobe house since we’d be living off the grid.  Instead of hiring a contractor, we started doing it ourselves. As the years went on, every weekend and holiday, all we ever did was work on the house. The walls got taller and taller, but we were still a long way from finishing. It seemed that the only way we were ever going to get it done was to sell our house in town and move into a trailer at the building site so we could work on construction every day.  And that’s what we did.

By then, my husband, Steve, had retired and had the time to devote to building the house. I continued to work at my job at a school district in town and helped him on weekends. But I soon got frustrated with the long commute and decided to retire too.

I left my position at the school district in the summer of 2016 and immediately launched my second career.  I still wanted to earn an income but be able to work on the house too. I started a freelance writing business that would allow me to work from home, writing website copy and case studies primarily for companies and non-profits that provide educational services or products.

To practice my writing skills, I wrote an article and submitted it to a journal for school administrators, ASCD. Surprisingly, since it was the first time I had written and submitted anything to a national publication, it was accepted.  Shortly after it was published, I got an email from a reader saying he liked the article and asking if I had ever thought of writing a book. It turned out he was a publisher. After I googled his company and found out they were legitimate publishers of educational books, I decided to accept the challenge. I spent the next 18 months writing the book.

I mentioned before that I hope my book will save lives. The article I wrote that led to the book project was about suicide prevention for schools. Wait, there is a connection here. You may have noticed that earlier in this story, I told you that we had two children, not that we have two children. 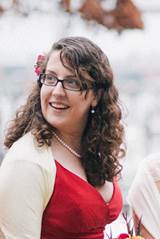 Our son, Joss, died by suicide in 2011 when he was 21, a senior at Arizona State University. My husband and I were devastated. We couldn’t understand how we could have missed all the signs that led to his death and felt terrible that we had not known how depressed he was. As part of our recovery after his death, we both became involved in suicide prevention for youth. We have worked hard to increase awareness of depression and other mental health disorders that can lead to suicide. We hope that we can teach others what we wish we had known before it was too late.

Nobody can ever really recover from the loss of a child, especially when it is so unexpected and traumatic. And nobody ever expects to lose both of their children. But we did.

Our daughter, Rihana, died in the summer of 2019, a few months before her 33rd birthday. Her death was not a suicide, but a tragic car accident that happened just a few miles from our house. She had graduated from law school in Virginia a few years before and recently moved back to Arizona to live with us. She passed the Arizona bar exam and was considering a career in school law when all her dreams came to an abrupt end. While she did not die by suicide, she suffered from depression and anxiety. She worried that if others learned of her illness, it would affect her career. That stigma caused her a great deal of anguish and limited her confidence in pursuing a job.

My husband and I are still struggling with her loss, which was just as sudden and unexpected as her brother's.  But we know from experience that we have to put the pieces together and keep going. We will both continue to work to fight the stigma of mental illness, increase awareness, and educate others about suicide prevention.

Although I will probably never have any influence on world peace like my father did, I feel like I am living up to his legacy by dedicating my time to helping others. My career as an educator and school leader prepared me for my current role as a writer and expert on suicide prevention. I hope I can make a difference by showing schools how to create a culture of caring and prevent suicides within their communities.

And in case you’re wondering, we did finally finish building the adobe house – almost.  The interior still needs some work, but we are glad to be living inside the house we built with our own two hands. We have two friendly dogs and a burly red tractor.  Our children’s spirits are there too, enjoying being with us in the peaceful desert hills, even though we can’t see them. 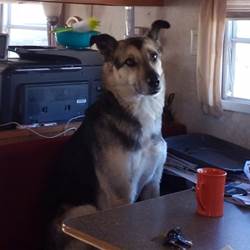 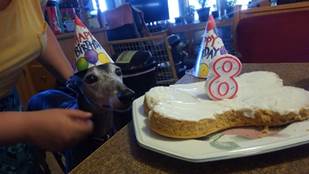 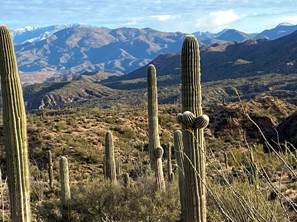